Grandma Sadie’s Birthday – happy birthday Gram! Gram would have been 94 years old today. She passed in 2016. She was simply the best! For those not in the know or wondering – we are talking about my (Gritty) Grandma Sadie of the eponymous Gramspot, named for her living quarters which eventually became the practice space of Gritty/KLYAM adjacent projects in late 2017. Halloween is all year down at Gramspot as the space has many Gram keepsakes and memorials, including Gram face hand fans which were made for her surprise Halloween birthday celebration in 2015. An incarnation of Johnnie and the Foodmasters  with Ben and myself performed a few numbers, including “Blue Velvet” and “Blueberry Hill,” which were some of Gram’s favorites.

Gram loved dancing and I was lucky enough to capture her talking about The Raymore Playmore (actually was spelled Raymor–Playmor) ballroom. Check it out: https://www.youtube.com/watch?v=1ARSEmJ3u44 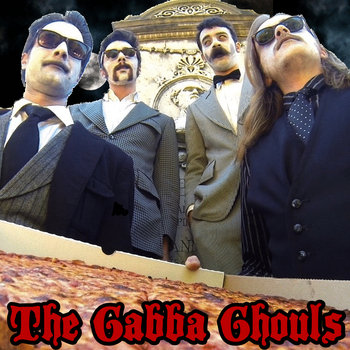 These dudes are a serious meatball of fun, forgo the monster mash on your soundtrack – All You Need Is Blood.

AND they are playing a couple of shows:

OCTOBER 30 @ Cafe Nine in New Haven, CT with Lust Cats of the Gutters, and Mannequin Pussy

While these tunes are endearing no matter the time of year, let’s be serious if you are in those locations, go see Gabba Ghouls.

A review will be up soon!

Full Title: Halloween
Director: John Carpenter
Year: 1978
Comments: Halloween gave us the classic teen slasher flick. Sure, Texas Chainsaw and others came before this, but Halloween cemented the staple in cinema. Essentially if you drink, smoke, and fuck when you can you will perish at the hands of the killer, in this case the ruthless Micheal Myers. Sure, he may not speak… at all, but that’s precisely what makes the character/film chilling. Not to mention, John Carpenter’s eerie music, easily one of the finest/scariest themes of all time. This is a classic and essential for the Halloween season every year.

Full Title: Dazed and Confused
Director: Richard Linklater
Year: 1993
Comments: If you have read my previous list of ABSOLUTE Favorite Films, then you would know this is number two for this guy. Dazed is the kind of film that gets better each time you see it until you have seen it a gazillion times like me, but I still appreciate it nonetheless. I associate this film with time, joy, and one’s perception of how much you enjoy your stay on earth and how this perception alters overtime. True, this is a party/hangout flick, the best of it’s kind as one Quentin Tarantino would agree. But, there is so much more going on than that. The tone of this film may be light hearted and certainly euphoria inducing (always cheers me up and makes me ready to party hardy!), but if you look closely the characters themselves do not realize this or outright disagree with this. At one point, Pink pronounces “if I ever refer to these as the best days of my life, then remind me to kill myself.” Their attiude toward life seems to contrast the tone of the film itself. It’s as if the film is speaking to us, saying: these were the good old days when you had no responsibilities and your only worry was which party you were going to next. Top priorities? Getting Aerosmith tickets, when they were still cool. But the characters do not realize this and sadly we never do either in our own lives. We don’t appreciate the good times until their long gone. Perhaps even editing out the bad stuff! It’s funny when I first saw this flick I was ten, way too young to appreciate or understand the significance of the story or should I say the insignificance of the story. I often hear Dazed Detractors (poor souls) comment that the film has no point or purpose, that the movie simply ends. This is true, but that is the point exactly. Dazed perfectly captures a slice of teenage life and in most days, nothing out of the ordinary occurs. At age ten this simply went over my precious skull and while watching the first half of the film I actually thought it was supposed to be some sort of afternoon DARE TV special against drugs! A few years later (age 13) I saw it again and I loved it. I would say this is the best time to turn people on to this flick, just as they are finishing up Junior High and becoming Highschoolers, just like Mitch. This got me so excited for HS. Sadly, as much fun as I had, it was never as righetous as the activity presented in Dazed, is anybody’s? Now I am in college and not too far from “That’s what I love about this High School girls, I get older they stay the same age.”

Full Title: Kids
Director: Larry Clark
Year: 1995
Comments: Much like Dazed, Kids focuses on one day in the lives of the youth of America, where drinking, smoking, and fucking seems to be their only concerns. Yet, while Dazed has an atmosphere of joy and let the good times roll, this film has anything but. Most likely the characters in Dazed will go on to lead fine lives as upstanding citizens, but these kids are doomed for failure, incarceration, and certainly death. Clark takes then teen Harmony Korine’s painfully accurate screenplay and gives it the adult perspective we see in the film. As with Dazed the tone of the film seems to contrast with the attitude of most of the characters. The main players (literally) are Telly (Leo Fitzpatrick) and Casper (Justin Pierce) and both are quite satisfied as total assholes that will take advantage of anyone they can, they see nothing wrong with this, yet the film never approves of their behavior nor does it totally condemn them either. Instead, the film simply speaks for itself. Lastly, for my money, Kids has some of the most natural dialogue ever written. Most folks believe it is improvised, but in fact it is nearly all scripted. The fact that it appears ad libbed only speaks to the brilliance of Korine’s script. After all, as Clark stated, Korine’s screenplay is “from the inside, from the point of view of the kids.”

who is this kid?

King Khan & the Shrines- I Wanna Be A Girl (2007) Lyrically not very Halloween themed, but the video is badass and “spooky”

November 8, 2002 with the late Ben Eberbaugh

That’s not at all:


Great Choice by Glen for a song of the day! The Spooks (not to be confused with the rap group that bears the same moniker) are a “ghost rock” band consisting of the Black Lips’ Cole on vocals, Joe on keyboards, and Jared on bass. They came to light way back in 2002 and typically play Halloween shows covered in white sheets. Their first album, Death From Beyond The Grave, was released by Die Slaughterhaus in 2008. Now here’s a SPOOKY video for y’all to shit your pants to. 3D Glasses sold separately.