The Glue is no longer underground! In fact the New England based group is proudly our new Band of the Week.

Maybe you were at the KLYAM show they played on November 17 or perhaps you caught ’em a week later at the Newton Underground Pop Arts and Performance Showcase. Maybe not. The Glue said that they are a one/two-times a year band, but we’re hoping that is surely not the case.

One of the more unique outfits I have caught in the past year or so, The Glue is made up of Lily (keyboard/vocals), her dad Mike (cello), Lena (bass/vocals), and Martha (keyboard/vocals). Their sets brought to mind the short, sweet, cozy unpredictability of a band like The Beets, although with a whole different set of instrumentation and performance character. The Glue were in a perfect comfort zone without a PA as Lily emerges from behind her keyboard and shouts about Ten Mile Creek. This anything-is-possible, plus classical tinged cello improvisations, nature is encouraging and liberating. Just what we all need! 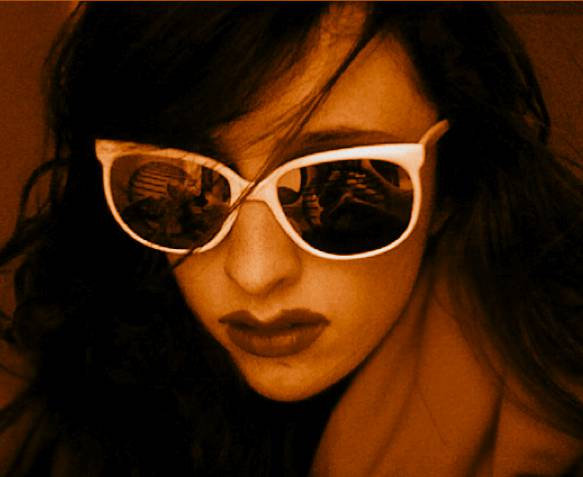 This recommendation of Montreal’s The Submissives comes through via our pal Hugo of Time Warp Week Ends. Hugo’s taste in music is top notch (after all, we met at Gonerfest while waiting for Nots to kick off opening ceremonies). I asked him what’s the good stuff up in Montreal? He pointed us in the direction of The Submissives. And what a recommendation. Hugo used my initial reaction – dying guitars and stoned vocals – in his year ender, and I like what he had to say in one of his write-ups so here:

“Dolly Parton on sizzurp, the Shangri-La’s on methadone. This is drug-related, in a cool creative way. And the disheveled retro visual aesthetic is effortless and strong.”

Much has been written about The Submissives, which started as a solo recording project and has blossomed into a live band consisting of some seasoned and some amateur musicians. Amazing.

NOBUNNY – yes yes the mightiest rock ‘n roller, the liveliest of animen – is Breakfast of Champions (this is the classic WMBR 88.1 radio program) BAND OF THE WEEK for this week – starting today July 28th, 2014.

What does this mean? It means if you tune in from 8 AM to 10 AM EST or drum up the archives, you can hear 3 NOBUNNY songs in a row daily, yo. This is amazing, if you ask me. Selected by the DJs so there’s sure to be some variation. Though major props to Becca… she’s responsible for the overall selection of NOBUNNY so everyone be sure to thank her.

I’ll link ya right to the WMBR site: http://wmbr.org/www/sched-mul#boc

I love my Nobunny songs just about equally as a rabid devotee but if I was manning the boards I’d delicately place this one on for sure:

Look at what we have here – a new Band of the Week (but by all indications it will be months upon months and beyond) and that is Memphis trio NOTS. These three women play ain’t no messing around PUNK rock. A noisy, shouty force of goodness. Their debut 7″ came through on Goner (streaming below), their next 7″ is also coming on Goner later this month, and yes yes yes in November there seems to be an LP heading our way. Courtesy of Goner Goner Goner. Clearly that venerable label knows what’s good in their backyard! Can’t wait to post more NOTS here on KLYAM!

They’ve got a 7″ Release Show with Buck Biloxi and the Fucks and Nervs on June 21 at The Buccaneer Lounge.

Bedroom garage punk performed by young DIY multi-instrumentalists seems to be a growing thing in modern punk slime. And rightfully so. The Back Pages – KC Allen, 16 yrs old, Orlando, Florida – has made his own fascinating contributions to the cause. With quickly spouted lines of angst, machine gun esque rhythm guitar, he’s well-versed in Jay Reatardelia circa 2006-2008. It’s not just his playing which is impressive, but like Jay, he’s got the production side of things down to a pseudoscience.

There are currently three releases (one a month starting in August) up on the The Back Pages Bandcamp – “JuSst Tthat Stuipod”, “Break It All Off,” and the most recent “Darkness Creeps Over.” If we’re into picking favorites, I’ll hold off, but I’ll say I’m real real real into “Destined To Be Miserable,” as it grows grows grows and pounds pounds pounds like a righteous Ty Melted ditty, showing off songcraft that moves beyond the great terrain of Aussie accents and punk pop melody into instant four chord fuzzzzzzzz.

Down in Orlando while some teenager is waiting in a 90 minute line to go on the Tower of Terror, another teenanger is masterminding his own 2-3 minute self-made rides of terror. You don’t need to worry about puking to Back Pages!

The Fagettes – one of Boston’s rock and roll jewels – left a mighty fine impression on us with their latest 7″ If I See Him Again and did the same when they performed covers of Nancy Sinatra and Lee Hazlewood at the big Halloween extravaganza that went down last weekend.

The band has putting out quality tunes since 2010 — special shout-out to 2011’s The Fagettes, Vol 2 three minutes of brilliance “When I’m With You”. Ryan and Melanie split singing duties and this cool back-and-forth is one of their many highlights – gotta mention, too, the saxophone/harmonica on If I See Him Again!

I agree with what Chris said in the live review, I’m beyond excited to see Fagettes perform again!

If ya haven’t heard of The Hussy, where have you been I wonder? The duo from Wisconsin has had a 2012 tour itinerary quite unlike many others: they’ve essentially been on a mega-tour since March. In addition, they released their superb sophomore full-length Weed Seizure this year as well. The good word on the street is Weed Seizure got repressed on opaque yellow vinyl. Via Tic Tac Totally. With no stopping in sight, heads up for The Hussy. What will Bobby and Heather Hussy do next? Probably something awesome! Oh wait, they’re playing GonerFest. After that? More touring. After that? Probably something awesome, again!

Here’s “Electric Chair,” which I mentioned in my review of their performance from Sunday. Once again, great band, look forward to hearing more of their material!

Fantastic band, got the pleasure to see them open for Black Lips a month back at The Met in Pawtucket. Really wanted to see them play at No Problemo on Cinco de MAYO, but there is the next best option: Watching some vids of their set on YouTube! Killer enthusiasm, killer fun, real nice dudes. Here is “Ain’t Enough” below!

Dead Ghosts are from the land of the Human Serviette — that Nardwuar guy. They got some rockabilly twang, obvious dirty pop sensibility, and all that stuff that turns me on to bands like these. Heard “Off the Hook” the day before today and it was exactly that and I’m saying to myself gee I gotta look into them more. I’ve done so and this is the result: BAND OF THE WEEK!