Aussie clangers The UV RACE are coming to America in May. In fact, they are hitting up O’Briens Pub here in Allston on May 20. They’ve got an album Racism that came out in January on one of the finest labels around – In The Red.

There is a video out there for “Raw Balls,” a cool track on that record I just mentioned. Check out the video:

The tour dates, as plagiarized from TermBo: 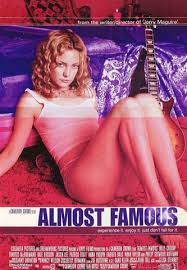 This guy has the right idea.

Changes come from the bottom, not the top. As everyone knows, Obama championed the vague concept of “change” to the American people throughout his campaign. And of course everyone ate it up because eight years of a right wing war criminal in office will do serious brain damage to you. So, people wanted a Democrat to fuck things up once again. Anyway, as history demonstrates major societal changes, such as severely kicking racism square in the pills (though it’s alive and well and still needs ass whooping)come through the struggles of everyday people and then the elites react to it. Your history and government textbooks want you to believe the opposite: the elitists, like the Supreme Court randomly decided to battle racism and end legal segregation in the South. Yes, it’s true that that wasn’t the top priority for the majority of America, but as Abbie Hoffman once stated, “You measure a democracy by the freedom it gives its dissidents, not the freedom it gives its assimilated conformists.” Well, the black rights and civil rights activists, such as Richard Wright and Rosa Parks, and countless others were the “dissidents” and the American people were the “assimilated conformists.” In simple terms, democracy is everyone’s opportunity to participate and have a major influence in the political process. Not mob rule as school an TV have led you to believe. So, the very idea that Obama will clean up the mess of the Bush Administration and previous administrations through health care reform, abortion reform, etc. is absurd. The social ills affecting everyone, particularly the poverty stricken people he doesn’t care that much about, cannot be obliterated through reforms because reforms imply that the system is well intentioned and good, but needs some tidying up. WRONG! you never hear a politician say “we’re doing our best to reform rape” or “With our new program we plan to seriously reform child abuse.” Of course not! because we want to ABOLISH the evils of rape and child abuse. In short, we don’t need reforms, we need changes…. but don’t look to your pal Barry for that, look to one another and create some real dialogue.

I think a different perspective on news stories’ll be a big part of my contribution here (though I mean big as in most recognizable- I like keeping it short and sweet). So I’ll start with this whole Henry Gates Cambridge cops Obama deal out in the news. There’s a lot of facts, but I’ll keep it short-Harvard man Gates was arrested for supposedly breaking into his own home even after showing i.d. (which was not an actual i.d., so the cop’s actions are understandable). Obama commented, saying the policeman acted “stupidly”. Now there is anger coming from Cambridge policemen understandably supporting their fellow officer.

Now I’m going to bypass everything stated here for a second and ask a question: Why the fuck was Obama asked about this while addressing healthcare? That is the only thing I can focus on. Instead of attacking Obama- legitimately, for a completely uninformed statement from the president of the United States of America- why is no one wondering why his opinion on some petty little squabble in Cambridge was asked in the first place? Someone should find the guy who asked him and tell him to just stop practicing journalism if he’s gonna ask irrelevant shit to stir up a storm.