HAPPY BIRTHDAY MUMIA! It is a tragedy that you have remained on Death Row for nearly three decades now and cannot walk a free man. Here’s a song.

Gross Out Videos/Pictures In the Online Age: In my last edition of “Chris On…” I observed the distinctions between high and low culture, well here we have perhaps the lowest of cultures: Shock Sites. But, without a doubt it is a burgeoning subculture and has had an impact on our entire culture as a whole. Perhaps it all began with the projectile vomit inducing “Tub Girl,” I don’t recommend you check this out unless you want to be sick to your stomach. That was the Gone With the Wind for disgusting media. Since then you have your Lemon Parties, Pain Olympics, and the chick that farts out peanut butter and other shit lol, I forget the name, but yeah it’s all there. Oh and who could forget the most notorious, the Casablanca of the genre, if you will, Two Girls, One Cup. So, are these vile videos an impending sign of decline in Western Civilization? or is it merely the tech age’s opportunity to profit on centuries of repulsing fetishes by posting it in the privacy of everyone’s home? I’d say a little bit of both. Personally, I do not in any way, “get off” ahaha on these little ditties of sexual macabre, but at the same time they sure are intriguing and in some bizarre way worth analyzing! Even more importantly, it’s worth observing others’ reactions to such videos, funnier too! All in all, it’s nice to get a cheap and crude laugh, if at least once. And believe me, with said genre, you most likely won’t come back for more! Finally, I’ll admit, I am one to partake in the voyeristic journey of “how far will this go?” video and apparently I’m not alone, as millions of Americans, from young to old, are viewing the latest,”dude, this shit is nasty, you gotta check it out!” as we speak. What this specifically, does to our culture is a whole other story…

Mumia Abu-Jamal: I bet it seems pretty odd that I shift from discussing an extremely wacky topic like videos displaying coprophillia and emetophillia to an infinitely more serious topic, such as the jeopardy and constant abuse of one man’s life, but that’s how it works here with “Chris On…” With that being said, I actually did make an attempt to connect certain topics from the last post, i.e. death penalty to Mumia. Mumia Abu-Jamal is an excellent “journalist” and/or commentator on current affiairs and essentially how this system is completely fucked up and filled to the brim with injustice, as he is living (possibly not for long :() proof of this. His courage and dedication to “waking up” the public and specifically blacks is a massive inspiration. Oh, did I forget to mention, that he is (and has been for nearly thirty years) wrongfully sitting on death row?! Over the years, his conviction has been reviewed and appeald throughly for it’s undeniable flaws, but the Cracker Courts, won’t let up. In a nutshell, Mumia was charged with the murder of a police officer, Daniel Faulkner and subsequently was given an unfair trial, clearly marked with prejudice. Whether he committed the crime or not, is insignifcant, even though I don’t think he did. There is not enough evidence to point to him. And let’s say that he did?! Just for the fun of it; Mumia, himself was wounded by Faulkner’s gunshot. I’d bet all my money that if Mumia was the one that died, Faulker would be a free man. In other words, even if Mumia did kill him, isn’t that self-defense. But, no a Black Man is inferior to a White Cop in the White Courts of White America. You can say that’s playing the “race card,” but how come it’s not playing the “race card” when black people are given an all white jury? The Constitution entitles us to the right of a “jury of one’s peers.” Now, I need to do more research, cause I don’t know for sure if Mumia’s trial had all white jurors, but I have a positive feeling it did. Either way, FREE MUMIA!

The Recent Surge Of Often Untimely, But Not Always the Case, But Still Sad Celeberty and Not So Famous to Use That Term, But Still Vital To The Arts Deaths… PHEW!: Jay Reatard, Howard Zinn, J.D. Salinger, Bobby Ubangi, Patrick Swayze (not as cool as the others, but still, worth mentioning lol), Farrah Fawcett, Billy Mays, Carol Chomsky, and I apologize if I forgot anyone else, feel free to comment on others. Yeah, so I don’t give a fuck about MJ or Teddy Kennedy! Hahaha! Yeah, I know the sancitty of life and all that jazz, but if they weren’t famous then they would not receive the same amount of respect and grief. I’m not happy their dead, but in the grand scheme of things, people die all the time, so I don’t feel particuarly saddened when some criminals die. We did however lose some folks that seriously meant something to me! Chiefly, the most shocking, Jay Reatard, my favorite singer and one of the most promising artists of the past decade. He is sorely missed for his intensely catchy music and high energy live shows. On the same token, other fun rockin guys in Bobby Ubangi left us far too soon as well. Bobby played alongside the great, Jared Swilley in the Gaye Blades and had his own solo material, both of which were nothing short than brilliant bubble gum pop magic. He will be “Forever” remembered for his “Dirty Hands.” Hahah. Now, for Howard Zinn and J.D. Salinger, perhaps these deaths were not as untimely and therefore not as shocking, but certainly not less important in any way. I didn’t really follow Salinger all that much, but his most famous work, The Catcher In the Rye is my favorite book of all time and has strongly influenced countless writers including myself. Mr. Zinn was the highest model citizen and always discussed politics, history and various social issues in terms of how it meant to the “people.” His works and speeches have had a major influence on my own views and writing. Check out “My Main Influences” post for further reading. And of course, fame doesn’t measure value, so we must remember those who have died in Haiti and still suffer. Alas, we don’t mention them all that much here on the KLYAM, but that doesn’t mean we do not care about them.

Of course I have encountered several diverse voices over the years that have influenced me in various ways, but there are a select few that have strongly shaped my specific perspective/philosophy. With that being said, technically my environment has been my biggest influence, but just for fun here’s some real people in no particular order.

Noam Chomsky: Dissent of mainstream American media and American foreign (as well as domestic) policy. Basic anarchist ideas such as the necessity of the state to justify its actions or it should be dismantled.

Rage Against the Machine: Perhaps my oldest influence; their music drew me to such topics and increased my cynicism/hatred for the American government. They also led me to discover Chomsky.

John Lennon: “Give Peace a Chance” :)

Howard Zinn: Brought new meaning to the words “history,” “patriotism,” and “resistance,” for me. Helped me understand that the people on the bottom rung of society make the fundamental changes and not those on top.

Ralph Nader: It is possible to create change within the system and run honest campaigns, even if you don’t win them! Often refer to him for current politics.

The Yippies!: Chiefly Abbie Hoffman (right) and Jerry Rubin (left). Their wacky/bizarre media tactics and dissection of Amerika has been one of my biggest influences on both my writing and philosophy. I adore the equal importance of fun and revolution. After all, how can you have liberation without some kind of joy?

Malcolm X: Provided with the great insight into the hardships of blacks in America and how we raped them of their culture. This doesn’t mean I can relate to this personally, but it does offer me a perspective and has shaped my opinions on these matters. His speeches, writings, etc. have also stood as great examples of how to make an argument with integrity and also how what the institution teaches you is usually false with the complete opposite intent. So, for Malcolm it was White is NOT right and Black is beautiful. For me it’s the media’s purpose is to (Mis)inform the public. 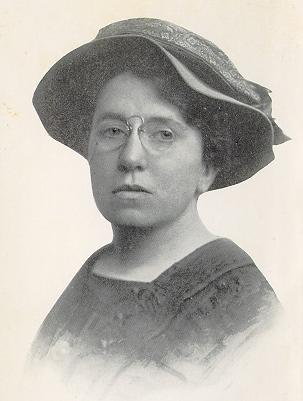 Emma Goldman: The beauty and basic principles of Anarchism.

Dave Dellinger: One of the greatest models of a nonviolent revolutionary; he was the American Gandhi. Stressed the importance of love and social justice in all movements. I’m proud to say one of the most inspiring Americans shares the same hometown as me!

Jello Biafra: Culture Jam! Pranksterism. Perhaps some of my first glimpses at anarchism. Similar to Yippies! but with more serious objectives: Anti-War, end War On Drugs, and so much more. Like Chomsky, Nader, and others, Jello is one of my key political references. For many that probably sounds frightening haha!

Judge James P. Gray: I owe much of the factual basis for my arguments for bringing down this filthy machine known as the War on Human Rights, excuse me, excuse me, I mean the War on (certain!) Drugs to my boy Jim. My views on this topic were basically already there, but I can sharply back them up with the help of the judge’s wise and so obviously reasonable suggestions. Since, he falls from the center-right on the political spectrum, he and I would more than likely disagree on a host of issues. With that being said, he is spot on with his indictment of our current prohibition and I highly recommend his book, Why Our Drug Laws Have Failed and What We Can Do About It.

Mumia Abu-Jamal: His strikingly accurate views on a plethora of issues, particularly race relations and constant investigation of this corrupt and sick government. His story serves as one of the best arguments for how fucked up our criminal/prison system really is. FREE MUMIA NOW!

Steve Albini: Tearing down major labels and any other faggedy artist in sight in the most offensive way. Merciless satire at its finest!

Ian Mackaye: DIY Punk Ethic/Aesthetic. You can’t put a dollar sign on your art and if you do then you should be in a different business!