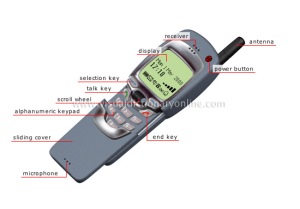 Durt Dog the Band – Ahh back in Lowell, my old stomping grounds. It’s nice to be back here and with Durt Dog the Band, a Lowell based trio (at least tonight) fronted by Brian Donovan. Brian’s got his durt dog on, he’s durt doggin’ it like it’s nobody else’s business. He’s a folk hero.

I’ve been a Durt Dog fan for a year now, but I’ve never actually had the pleasure until tonight. The set’s sloppy and garagey and that’s alright with me. Guitar feedback, mumbly vocals, and Brian’s ubiquitous grin. I feel it.

“Ashes” and “Things I Do Care About” are just a couple of personal favorites and they play them on this holy evening. The songs come to life more in a live setting and the band sounds thicker, muddier, like a garage punk version of Pavement. Either that or I’ve lost my mind.

Before the final song, Brian quips “We still have to kill your dog,” blasting into a rocker that buries us all. Keep Durt Doggin it until the day you die. http://durtdogtheband.bandcamp.com/

Gymshorts – I promised you in my last post that there would be a butt fuck load of Gymshorts coverage on here and I am a man of my word. For Durt Dog , the crowd is still building up, though let’s face it if you have even five people it feels crowded at the Wilder Zangcraft. Toss a gazillion bodies in the place and it’s stuffed. That’s part of the fun! And for the Gymshorts  the bodies are a plenty. More importantly, people are washing down their first forties, cracking open their second, starting to possess a one eyed sailor squint. Hey, Gymshorts are the perfect soundtrack to twisted, drunken youth debauchery. College kids start moshing and hurling each other to and fro.

The shorts shred through a series of gut busting numbers that we KLYAMERS have grown to love in the past few months. I too want to get high and get stoned! I wish every day could be daylight savings, and you bet your fucking ass my favorite republic is banana! Let me tell you about it. That’s how my parents talk. Not the banana thing, but they begin every sentence with “And let me tell you about…” instead of just telling me about whatever topic. “And let me tell you about pre-ejaculatory fluids leading to pregnancy.”  I imagine I’ve lost everyone at this point. I lost myself around banana. I am not a journalist, I don’t trust journalists. Music journalism sucks.

Sneeze – First and last time I saw these dudes was here at the Wilder Zangcraft nearly two years ago. They aren’t exactly what I’m into, but I don’t hate them either. Of all the bands, they are definitely the heaviest and during the set the crowd is rowdier than ever. It’s hard to stay in one spot. One girl even plummets straight to the floor. SHE’S OKAY, THOUGH! I especially dig the Deftones White Pony tattoo on the drummer’s leg. Nice undies by the way.  http://sneezeus.bandcamp.com/

Couches – This band is on tour from California. They are a long, long way from home. Let’s make it feel like home for them. Still some moshing, but it’s a bit more mellow man. Couches definitely have that laid back, West Coast vibe to them. I spoke to one of the Couches after the show and he said I talk really fast. Couches always tell me I talk too fast. http://couchessf.bandcamp.com/

Heavens to Betsy!  The boys in blue had nothing else better to do and this little festivity had to come to a close. No New Highway Hymnal :( .