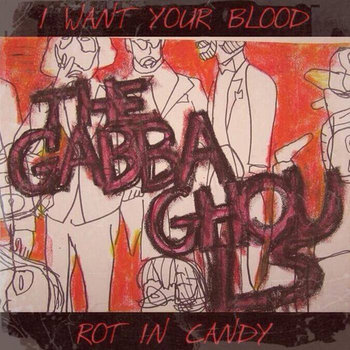 Connecticut’s actually the whole world’s superstar garage punk Italio-American Halloween theme band The Gabba Ghouls are back – of course, it’s Halloween in a few short days – this time with a new single I Want Your Blood / Rot in Candy.

Featuring members of rock n roll slingers Jacques Le Coque, The Gabba Ghouls released their self-titled debut album a year ago. No doubt you can head to their Bandcamp and play it. Recommended as background music for Halloween parties, passing out the candy to trick-or-treaters, and spaghetti.

HOLD ON though – if you happen to be in New York on Thursday (October 30) and Halloween (October 3rd…31st dumby), The Gabba Ghouls are playing at Don Pedro’s in Brooklyn.

Get at their FB: https://www.facebook.com/TheGabbaGhouls?ref=br_tf