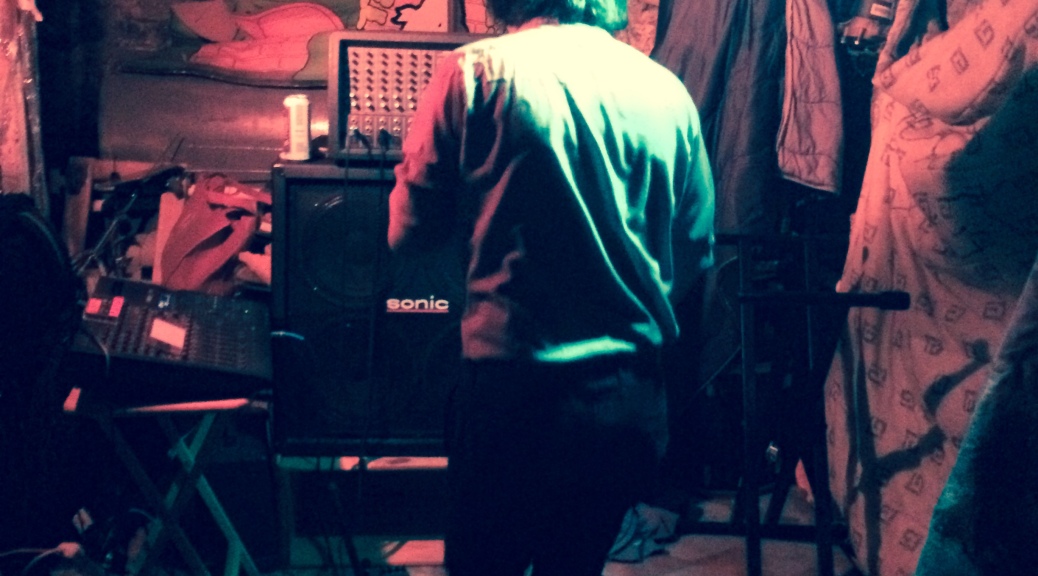 There was a time six years ago in which your Kids, us KLYAMers, had no clue about the curious power of local rock ‘n roll bands. Right now, on this very April 22, 2015, that seems unheard of. Preposterous. It’s hard to track down when our precise journey into this HomeGrown began, but I’ll tell you what. Whatever is whatever and now is now. Now is always a perfect chance to document some “new” performers that I found particularly inspiring and exciting over the past few weeks of attending shows.

WHIP APPEAL – Saw ’em at Traphaus in New Bedford, April 4, 2015 –  The under the ground pride of Newton, Massachusetts but fuggit what ya say I mean Jamaica Plain, this mysterious trio had me curious the moment I clicked into their web 1.0 official website – http://lastchancestudio.com/whipappeal/ weeks ago. Technological aesthetics to the side (which I’m real fond of, ‘b t w’, I’m privy to repeat listens of their first record Troll Patrol: Spill Yr Juice : Chunk In Chains. Did not know what they’d bring to the live show…I mean does anyone. But they brought themselves, spilling away at clicky clinky noise pop (just some catch phrases to get yourself to listen to the damn record – which actually trolls the spectrum of rock ‘n roll and experimentalism), Dann and Pat switching between drums, guitar, and vox with James a mainstay on the beaten up keyboard and microphone. Some performances were nerve bursting hip hop – something I just don’t see around these parts but I’m like Mickey D’s, I’m loving it. I was in my own world watching them, just generally amazing that there is a crew doing THIS here and now. I can’t wait to catch them in a packed sweatbox. I CAN FEEL IT.

ANDY CALIFORNIA – Saw ’em at Middle East Upstairs, April 10, 2015 –  If there’s an old timey Boston based garage soul and raunchy impresario – legend even – it’s Andy. Alone he’s Andy California. With others, he’s no doubt a big part of the crunch catch all the slimers around here righteously dig, THE MONSIEURS, twirling a mic stand and shouting into your face. And I hear of THE MARTY KINGS, too. Anyway, on this night, Andy California is a ball of fun in the sea of cameras and smiling folks out to enjoy a night of music. He’s right on the floor, in other words, hell his microphone is taped securely to his guitar so he can do just as he pleases. He cranks out tunes that I’d safely call natural – wild-I don’t need anyone-else but ME throwbacks. If dude opened every local show, people would get the stick out the ass and move along ALL night. Powerful stuff.

JIM LEONARD – Saw ’em at Smokey Bear Cave, April 18, 2015 – Ty Segall, White Fence, Jim Leonard. Jim Leonard solo is something I’ve only before dreamed of as an actual thing. I knew he had it in him, I just didn’t know how when where and what. For clarification: this dude’s not a new performer – his damn near classic home-recorded entirely self produced debut A Brief History of Slime was quietly released in 2010, two years later he joined Fat Creeps on drums, and nowadays he’s bashed with Al Marantz and the Piffs and Ben Katzman’s Degreaser. With a fresh new psychedelic batch of oozy sous chef slime called Treble In Paradise (out now on BUFU Records), Jim Leonard, for the first times to my knowledge, is a live performing machine. With merely a tape player, mic stand, and effects pedal, dude karaoked over tunes from the album. Spazzing and getting up and close and personal with everyone and everything, intimately intimidating. This was literally the funnest way I’ve seen a solo musician tackling his own material. He cued guitar solos, simply bringing a personalized vibe to the basement  and better yet I b-b-bet everyone who attended agrees. Check out new album: http://jamesleonard.bandcamp.com/album/treble-in-paradise